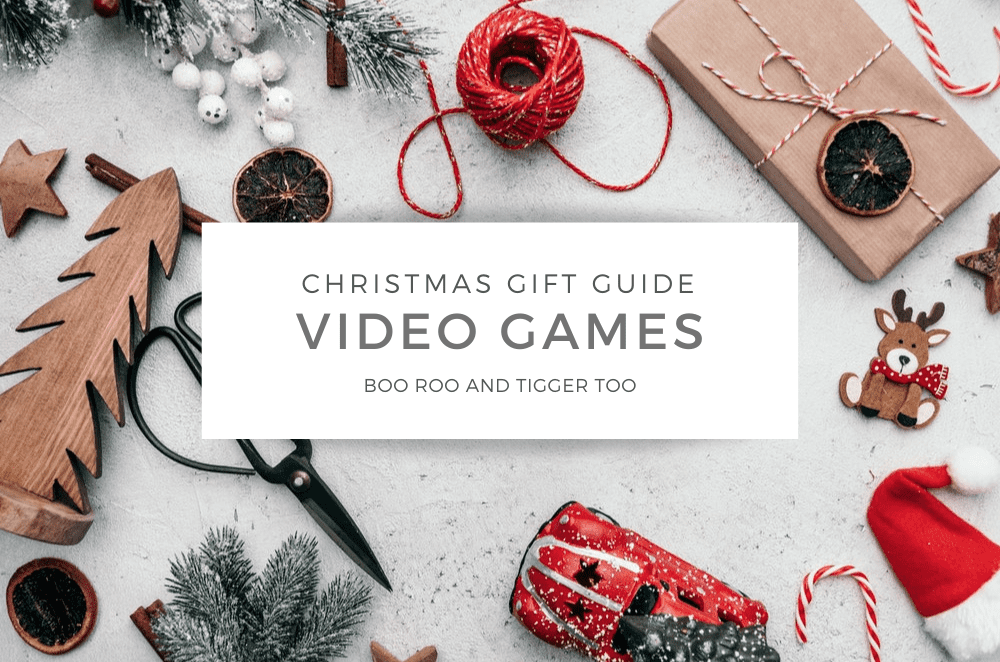 Take a look at the ultimate video game gift guide to gift to someone this Christmas.

Christmas will be here very soon, and because of that the added stress and panic of gift buying can start to creep in. The festive period is full of cheer and fun. Time to spend with family and friends and enjoy yourselves. But along with that, you do need to be organised when it comes to buying gifts for your nearest and dearest. So what do you get? It will be Christmas before we know it.

Gaming has become a big part of people’s lives. It seems that children are getting more involved with gaming as life moves forward in a digital world, as well as tweens, teens, and even adults using gaming as a way to relax at night. This is the perfect gift option for anyone who loves gaming. I have searched the internet to find some of the best video games on offer at the moment. Below I have shared the ultimate video gaming gift options perfect. I have covered different ages so you are bound to find something for the gamer in your life.

Don’t forget to enter the giveaway to have a chance of winning the ultimate video games gift this Christmas.

Video Games to gift this Christmas

For F1 or sports simulation fans keen to immerse themselves on the pitwall, F1 Manager 2022 is the perfect Christmas gift!

Make your mark on Formula 1® in the officially licensed management sim, F1® Manager 2022. Players will step into the role of Team Principal at one of the ten official F1 teams, developing their cars, headquarters, staff and drivers to establish a legacy in the world’s most prestigious motorsport. They will then head to each of the official twenty two 2022 circuits, where they’ll make all the key strategy calls and see them play out over immersive, broadcast-style visuals.

By tweaking each drivers’ set-up, communicating pace commands to their drivers via real F1 race engineers and reacting to changing weather and track conditions, it will be on them to take their team to the very top over multiple years!

This is the perfect gift for fans of turn-based tactics games, science fiction or the Warhammer 40,000 universe in general!

Lead humanity’s greatest weapon, the Grey Knights, against the corrupting forces of Chaos in this brutal and fast-paced turn-based tactical RPG. Root out and put a stop to an insidious plot to infect the galaxy with the Bloom, an intergalactic cosmic plague capable of rotting worlds into oblivion.

Armoured in faith, shielded by devotion, the Grey Knights’ very existence is rooted in mystery, enforced with mind-wipes and executions. Experience life in the 41st millennium and follow the journey of these elite warriors in a narrative penned by acclaimed Black Library author, Aaron Dembski-Bowden.

Jurassic World Evolution 2 is the critically acclaimed sequel to Frontier’s highly successful Jurassic World Evolution, building upon the ground-breaking and immersive 2018 management simulation. It introduces a compelling, new narrative campaign, incredible new features, and awe-inspiring new dinosaurs brought to life with captivating authenticity. Together with expanded construction and more customisation options, the result is an even bigger, better and authentic Jurassic World game.

Build a world for wildlife in Planet Zoo. From the developers of Planet Coaster and Zoo Tycoon comes the ultimate zoo sim, featuring authentic living animals who think, feel and explore the world you create around them. Experience a globe-trotting campaign or let your imagination run wild in the freedom of Sandbox mode.

Create unique habitats and vast landscapes, make big decisions and meaningful choices, and nurture your animals as you construct and manage the world’s wildest zoos. Players wishing to expand their zoos can also enjoy a wide range of DLC packs. Planet Zoo is the ultimate Christmas gift for fans of animals and simulation games alike!

Surprise, delight and thrill crowds as you build the theme park of your dreams. Build and design incredible coaster parks with unparalleled attention to detail and manage your park in a truly living world. Players wishing to add even more excitement to their parks can also enjoy a wide range of DLC packs. For rollercoaster and theme park fans, Planet Coaster is the perfect gift!

Disembark, Commander, and leave your mark on the galaxy in Elite Dangerous: Odyssey. Explore distant worlds on foot and expand the frontier of known space. Be the first to step out onto countless unique planets as you discover land untouched since time began. Elite Dangerous: Odyssey is an endless adventure for Sci-Fi fans, and a must-play for friends and family who look up at the stars and dare to dream. The Commander Premium Edition contains all you’ll need to begin your journey, including the Elite Dangerous base game, Elite Dangerous: Odyssey and a beautiful soundtrack composed by award-winning composer, Dan Millidge.

Struggling is a physics-based co-op platformer with a twisted spin on teamwork. Control the arms of a squishy abomination and guide it through a deranged world where anything goes. Outrun ravenous rats, joyride a dirt bike, and vault over pools of unmentionable waste. A perfect gift for friends and those who enjoy chaotic two-player co-op games, the madness of Struggling will have you laughing for hours to come! One thing’s certain: you will struggle.

Players can use spy weapons to speed through secret shortcuts as well as high-tech spy gear to gain the upper hand. Customise cars with a range of skins, unlock new items and compete to be the ultimate racer in couch co-op with a friend or play online with up to five players.

The Complete Edition also includes the Fast & Furious: Spy Racers Rise of SH1FT3R Arctic Challenge DLC, which tests players’ driving skills on Arctic-themed tracks with new vehicles and villains. Ms. Nowhere and Matsuo take on the Spy Racers across four new tracks: Snow Stadium, Forest Hazard, On Thin Ice and Undisclosed Heights. With their powerful Energy Screen and Laser Cannon spy gear, Tony and the rest of the crew will need to be at their best and make the most of their new vehicles including Tony’s Ion Thresher.

To help get your little ones into the world of gaming, plus play on a PC just like Peppa and George, we have the My Friend Peppa Pig Video Game PC Edition to giveaway.

To enter, complete the Gleam widget below, all entries are optional and each one completed will gain you more entries into the random draw. 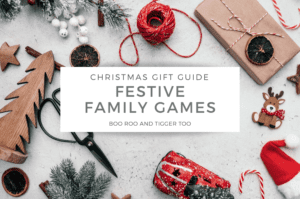 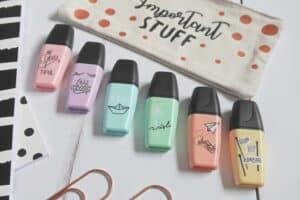 Is it possible to add colour options to your current stash of pens?

Getting your bedroom ready for Christmas

Boo Roo and Tigger Too is a participant in the Amazon EU Associates Programme, an affiliate advertising programme designed to provide a means for sites to earn advertising fees by advertising and linking to Amazon.co.uk.

×
We use cookies on our website to give you the most relevant experience by remembering your preferences and repeat visits. By clicking “Accept”, you consent to the use of ALL the cookies.
Do not sell my personal information.
Cookie SettingsAccept
Manage consent

This website uses cookies to improve your experience while you navigate through the website. Out of these, the cookies that are categorized as necessary are stored on your browser as they are essential for the working of basic functionalities of the website. We also use third-party cookies that help us analyze and understand how you use this website. These cookies will be stored in your browser only with your consent. You also have the option to opt-out of these cookies. But opting out of some of these cookies may affect your browsing experience.
Necessary Always Enabled
Necessary cookies are absolutely essential for the website to function properly. These cookies ensure basic functionalities and security features of the website, anonymously.
Functional
Functional cookies help to perform certain functionalities like sharing the content of the website on social media platforms, collect feedbacks, and other third-party features.
Performance
Performance cookies are used to understand and analyze the key performance indexes of the website which helps in delivering a better user experience for the visitors.
Analytics
Analytical cookies are used to understand how visitors interact with the website. These cookies help provide information on metrics the number of visitors, bounce rate, traffic source, etc.
Advertisement
Advertisement cookies are used to provide visitors with relevant ads and marketing campaigns. These cookies track visitors across websites and collect information to provide customized ads.
Others
Other uncategorized cookies are those that are being analyzed and have not been classified into a category as yet.
SAVE & ACCEPT
11 shares